[A revised version of the now-defunct "Memo to Mark, part 1," which I broke off to watch my son play baseball.]

OK, folks—no guitar purchased, but I do feel mighty restored after a sinful interlude with a koa Baby Taylor and a fancy bouzouki at ten times the price. The latter has me thinking of Mark, a mean hand at all such eight-course instruments, so let me mull through his last postings first, at least for as long as the kids will let me.

Mark takes issue—as did —with my attack on the “self-flattery” of poets and critics who see “difficult” art as the province of a “spiritual elite.” “I’d prefer to stay away from the term “elite” as well,” he sighs, “but a decade-and-a-half’s time of confronting students who automatically label anything they read that uses a word they have to look up or a syntactic structure that wouldn’t fit on a bumpersticker ‘elitist’ has made me pretty impatient with blanket dismissals of the whole notion.”

Well, Bub, I’ve been slogging it our right there beside you, and if I’ve had some better students here and there, I’ve had my share of chowderheads as well. You know what? They keep me honest. So do my relatives, most of whom have little time for “difficult” art. (I suspect we all have some of those.) Yet both sets of patience-teachers have plenty of time for a lot of other things—baseball fandom, actual politics (not the vicarious sort you do by writing poems), working with addicted homeless folks—that I can’t seem to fit into my own busy schedule. Poetry confronts readers with their ignorance more quickly, more directly, than other genres, and let's face it--no one likes to feel ignorant. That's often what the charge "it's elitist" means.

So what do we do, as teachers? Sniff at them? Chide their laziness? Make fun of them behind their backs? All three, of course, from time to time. But surely our first task is to sort out, for them, the difference between poems that simply have more complex syntax and diction than they're used to--say, 90% of what they'll read---and poems that really ARE "elitist," in that they really WANT to address a coterie, a coven, an in-crowd, a "fit audience though few," which our students, whatever their social class, are invited, just by being there, to join.

They may not want to join. There's a cost involved--a sacrifice, a risk, not least of mockery. ("You like this stuff?") There's an element of self-transformation involved, which may involve rejecting the values they grew up with--of making sense, of communal affiliation, of moral clarity--or turning away from the values they were bequeathed by Brute Biology--of syntax, of narrative, of euphony, etc.--in pursuit of new values, or in the faith that those values can be found in some story about the work they're growing to love. (Think here of the grand, almost Promethian tale of revolution in which Jerry Rothenberg and Pierre Joris embed disjunctive, anti-narrative work in Poems for the Millennium, or of the way Susan Howe's prose supplies all the autobiographical, even confessional elements her poems exclude and defy.)

When I cite Bourdieu, the social classes and differentiations I have in mind are less external , economic ones--although those need to be factored in--than they are these sorts of group dynamics within a given class, a given grade, a given school. I still recall how Dr. Roth's English class sifted itself, in 10th grade, into those who could succeed at poetry and those who couldn't--and then, once again, had to sift itself out into those from the former group who could make sense of "The Love Song of J. Alfred Prufrock," which we read the day that parents came to class. Bromberg and I accepted that invitation; he went to Yale, I went to the Other Place. I don't recall if Martin Kihn was there, but if so, he knew too much and kept hismouth shut. Last I heard, he invented "Pop Up Video" for MTV, whateve that suggests.

In any case, all this is why I like, but really LIKE, Mark's simple point that “poets are a ‘word elite.’ Period.” Let’s translate that into a pedagogical point, and one which potentially lowers the anxiety level considerably. Poetryisn’t just part of the “language arts”; it is THE language art, the one where every resource of language, every damned thing that words can do, gets done, from inviting people in and shutting them out to making aura-buffing "spiritual" noises that make my heart sing and make everything...groovy (insert recorder solo at will) even when I really don't believe them.

For example, in this poem, which I find embedded in Susan Cooper's series The Dark is Rising:

On the day of the dead, when the year too dies,
Must the youngest open the oldest hills
Through the door of the birds, where the breeze breaks.
There fire shall fly from the raven boy,
And the silver eyes that see the wind,
And the light shall have the harp of gold.

By the pleasant lake the Sleepers lie,
On Cadfan’s Way where the kestrels call;
Though grim from the Grey King shadows fall,
Yet singing the golden harp shall guide
To break their sleep and bid them ride.

When light from the lost land shall return,
Six Sleepers shall ride, six Signs shall burn,
And where the midsummer tree grows tall
By Pendragon’s sword the Dark shall fall.

Think of how these lines--and I've known them for nigh on 35 years now--muster all sorts of resonant gestures in the service both of a riddle (each is a clue to the plot to follow) and of a spell-casting charm that spills out past the exigencies of plot, into sheer mood-magic. A child schooled on such verses is ready for the line of verse that runs from Yeats to Duncan, and probably back to a fistful of Symbolists and forward to, I don't know, Beam 10 of Ron Johnson's ARK. (Isn't Gerard de Nerval's "El Desdichado" a poem just like this without the novel to explain it?) Sadly, between gradeschool fantasy fiction and collegiate modern poetry classes falls The Shadow of realism, killing such romance. (More on that later, via Henry James.)

The only textbook I know that speaks to such issues turns out to be Kenneth Koch’s Making Your Own Days: The Pleasures of Reading and Writing Poetry, however far from the Symbolist line Koch's own poems may be. Says Koch:

Language has no truth- or reality-check. You can say anything. […] The conventional use of language does have restrictions: what we say must be clear (understandable) and true (verifiable) or, at least, familiar. A wild statement if it is sufficiently familiar will be allowed: “Life is a dream,” but not “Life is two dreams.” Poetry can say either one. Language is like a car able to go two hundred miles an hour but which is restricted by the traffic laws of prose to a reasonable speed. Poets are fond of accelerating. (25-6)

Your students—and mine—have spent years in a culture and a school system that has taught them to keep the ragtop up and the volume down and obey the posted limits at all times, at least when it comes to language. Oh, and only drive when you have somewhere to go. “Difficult” poetry isn’t full of speed bumps, as they think it must be; rather, it’s the frickin’ Autobahn, and they can’t read any of the exit signs, and they’re not entirely sure when the straight and narrow path turned onto this road they’re on. That’s a better metaphor—a less stuffy, if not necessarily less pretentious one—than anything about “elites,” I suspect. Maybe your students would respond.


More soon, based on more of the responses out there. And frankly, I think it's time we started talking about T. S. Eliot, who is THE "difficult" poet that students crash on at some point in high school, no?

Anonymous said...
This comment has been removed by a blog administrator.
Tuesday, October 11, 2005 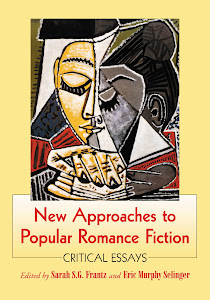